During the Renaissance, academics and students walked between the growing number of universities. This roving academic life still existed to some extent in the 19th century, as the author Karl Kullberg testifies in a travelogue from Europe 1842 (only available in Swedish). There he encounters, among other things, some English students along his path. In their search for knowledge and engaging learning environments of their choice. As the centuries passed, however, this goal and perspective were gradually abandoned. It was a transformation from learning as a personal educational journey to an education based on the requirements of the nation of birth. Especially from the second half of the 19th century and onwards, the goal was to build national state hegemony from a collective knowledge base.

This unit, the nation-state, which in the 20th century developed into war machines, both against other nations and against its own population. Later this unit also became welfare producers, which developed its own ideology.  In this spirit, the equation of education over the past 150 years has been that the national state has identified different needs and then localized its educational resources to meet these demands. Now we live in an age when the pendulum is swinging back where the equation of the 21st century consists of a return to the boundless mobility of the Renaissance, and a journey of education for the student’s personal and social development. This is shown, among other things, by a study from the British Council. However, besides the similarities of the renaissance, the borderless mobility today has another dimension, namely learning and skills development in the digital world.

The British council’s “The shape of things to come: higher education global trends and emerging opportunities”  identifies four key trends in the development of higher education.

2. The existence of new models for global collaborations in higher education

3. Patterns in research results and its growing internationalization

The results show the rapid growth of internationally mobile students with an increase from 800 000 in the mid-1970s to over 3.5 million in 2009. This trend is expected to strengthen further in the coming years. In addition, this trend includes the fact that the Nobel Prize has been won more often by researchers working in a country other than the one in which they were born. For example, more than 60% of the winners in 2010 and 2011 had studied and/or conducted research outside the country in which they were born. It is clear that new environments provide new perspectives and ideas to achieve the greatest innovations for the benefit of humanity. This is also one of the pillars that Alfred Nobel thought the prize should support. And in this spirit, the new version of the Republic of Scholars is now gradually taking shape.

In the short story collection Gränsfarare that will be published in English in August or September 2020 with the title Bordertraveller Stories one of the short stories is titled “The Night Butterfly”. Here the reader meets Erasmus of Rotterdam, the Renaissance man, and his correspondence with Martin Luther, the disillusioned revolutionary. And the subsequent development that ultimately brought down the renaissance with the outcome that Europe once again was overshadowed by the claims of demagogues. Today, even the short story turns into the present day, the spirit of Erasmus has returned and this man lends his name to one of the European Union’s student exchange programmes established in 1987. That’s about when the foundation of the new borderless scholar’s republic began to be built.

The Renaissance humanism and academic vagabonds are also one of the main sources of inspiration for the birth of the Bordertraveller series. More interesting books, both from then and now, will enrich this series in the future. 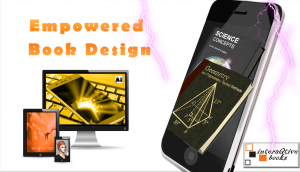