Each age has its own innovative format for stories. The oral tradition turned into innovations such as the texts and illustrations of the printed book. To then turn into moving images and sound in the form of film, radio, and TV. What is significant, however, is that the power of a good story regardless of format can conquer mountains and break through walls. The energy that drives groundbreaking stories is an engaging mix of aesthetics, logic, and dreams that are achievable or not. Today, in the digital age, the innovation is that the user takes another step into the story by interacting within it. Mass communication thus turns to personalised formats and content, and to making the user a co-creator of the content. 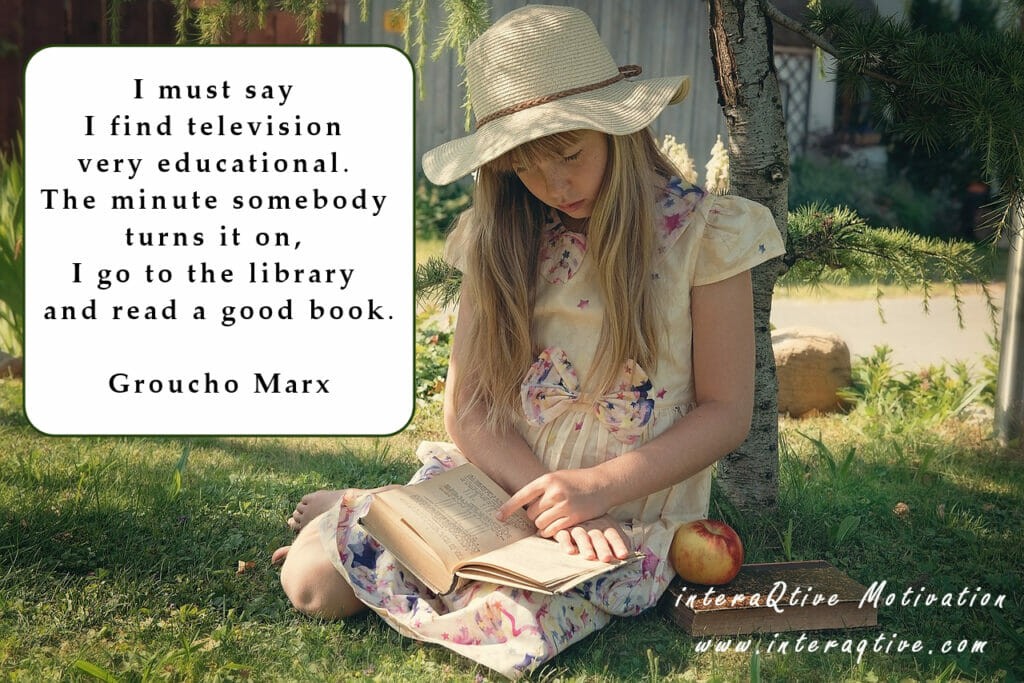 Nevertheless, mass communication media like television still have a significant influence on society. A media form that can be defined as force-fed information to passive receivers. This is in sharp contrast to other forms of media where the activity is required and the user is given time to reflect and act. For example, a book here can be defined in comparison as a friend and guide to reflect upon. In comparison to the authoritarian command centre that the TV medium can be. Or an interactive book that is both a friend and an activating guide to improving your personal development,  both skills, and knowledge etc. Where the format is characterized by reflection, development of personal solutions with feedback and active engagement.

After the TV and the medium is the message

The medium remains an important part of the message that Marshall MacLuhan explained in his 1964 book: Understanding Media: The Extensions of Man. This idea is probably more truthful today than in 1964. Especially since there are a lot more different formats with different characteristics and abilities to engage different audiences. In this spirit, the book appears, both in its traditional form as well as in its innovative interactive format, timeless. Among other things, thanks to its activating properties. But even as we are now leaving the industrial society with its one-way communication to the masses behind us. The book will strengthen its position.